I recently worked on the BMW 330i in the main photo. The car had been well maintained, regularly washed and coated, and the reason I came to be working on it was that the owners partner bought a detailing gift voucher from me at Xmas last year to have the vehicle professsionally detailed.

5 months later at the end of May, I had a call claiming the work on the voucher, so I arrived at the appointed 09.00 start time and spent the best part of the first hour there talking with the owner whilst I unpacked my tools and equipment. It turned out he was very interested in my processes, equipment and polishes, as he had a cupboard overflowing with microfibre towels, polishes, sprays and all manner of detailing products, all of which should have served as a warning to me!

Over the course of the day I worked on the car, but it was taking some time as there were quite a lot of swirls on the bonnet, and although I spent a lot of time on the doors I couldn't get them to the same level of finish as the rest of the vehicle. During one of the breaks and discussions with the owner I mentioned my "problem" getting the doors sorted, and then the truth came out. The car had been worked on by a dealer who had ruined the paint, and at some stage scratches that had been introduced were resprayed, but not very well. The owner had subsequently looked to fix the problem himself by using a polish that filled in the scratches, so the two hours I had spent trying to get the scratches and marks out would never have worked, as all I was doing was removing filler polish!!! 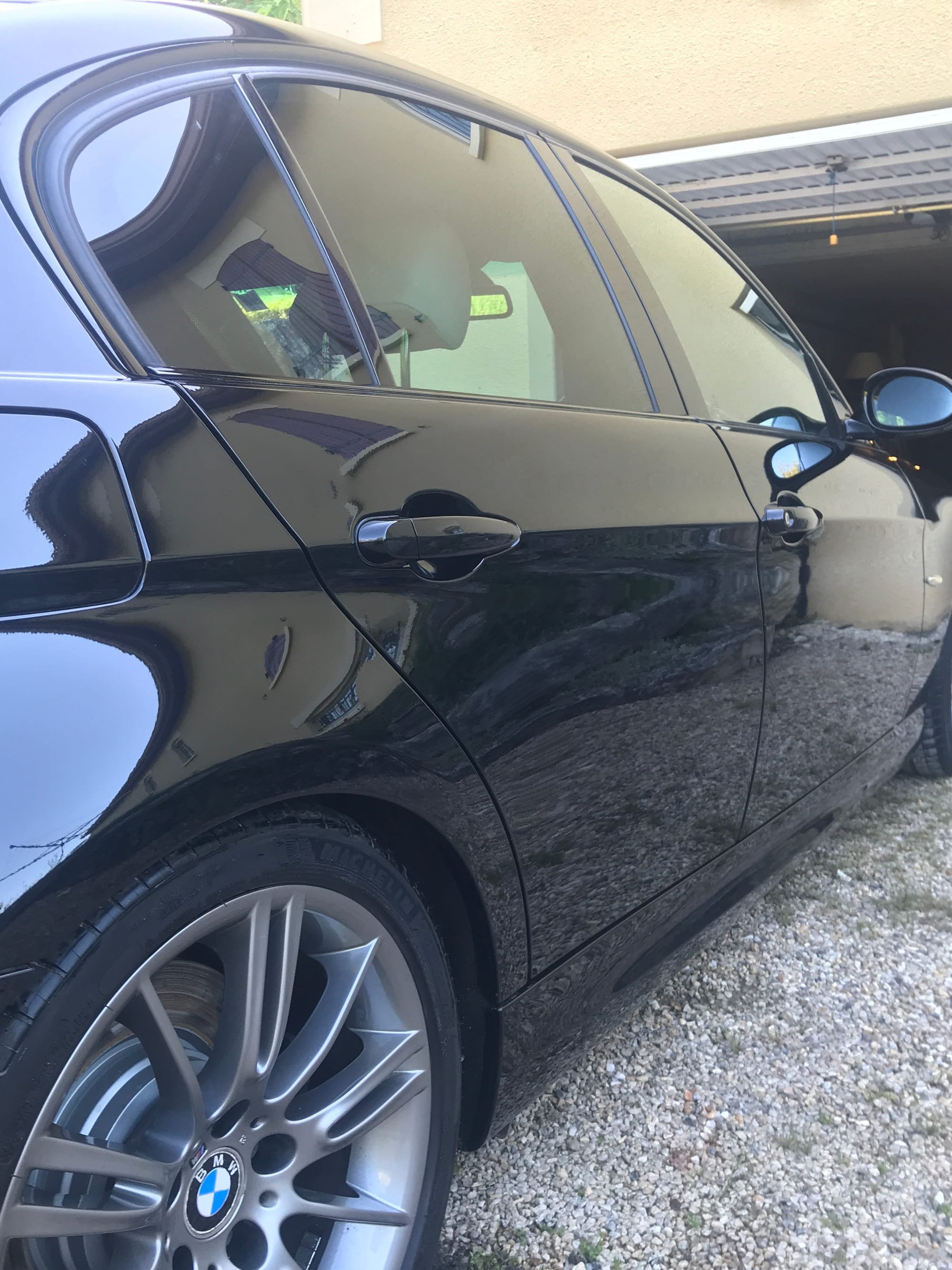 Once I knew what I was dealing with I switched polish, set about the doors, and soon had them looking as good as the rest of the car. After a massive 12 hours I left a fully sorted car and with a lesson hard learnt. Check with the owner if work has ever been done, what that work was, and instead of slaving away to create a perfect finish, accept that sometimes that cant be done and go on to plan B, make it the best you can!

I obviously did a good job as his partner booked me to do her Mini Clubman a week or so later, that one only took 7 hours!